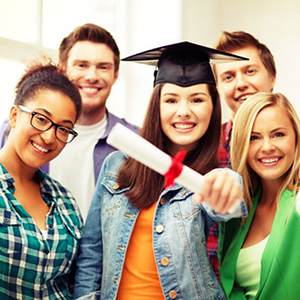 Pursuing higher education is not only stimulating and exciting; it also opens the door to rewarding opportunities. Especially when it comes to military life.

A common misconception is that Higher Education only refers to college. But it actually includes many different types of postsecondary education (after High School) like GED classes, English as a second language(ESOL) classes, licensing and certification programs, and trade or vocational programs.

Many service members and military spouses assume the unpredictable nature of military life would make it impossible to complete one of these programs, but it’s not true! When it comes to the Higher Education, the military makes it a lot easier than you think! –

Since the move to an all-volunteer force, the U.S. military has worked hard to create an array of programs, services, and facilities to support military families. One of the most underused of these programs is the My Career Advancement Account (MyCAA), a scholarship for assisting military spouses in reaching their educational and employment goals. A recent report released by Rand Corporation for Research* cited that only one in five eligible spouses actually used their MyCAA and more than half of nonusers were unaware that the scholarship even existed.

Released by the Rand Corporation for Research this year, the report titled “Advancing the Careers of Military Spouses: An Assessment of Education and Employment Goals and Barriers Facing Military Spouses Eligible for MyCAA” analyzes data collected from November 2012 to March 2013 on the 2012 Active Duty Spouse Survey to examine MyCAA Scholarship use and barriers faced by recent MyCAA users and nonusers.

Key Findings of the MyCAA Report Include:

The authors of the report, Esther M. Friedman, Laura L. Miller, and Sarah Evans concluded with recommendations for improving and complementing the existing MyCAA scholarship to help military spouses achieve their educational and career objectives.

As part of these recommendations, military spouses were encouraged to explore the many benefits of online learning as a solution to overcome the barriers of time, cost and place:

Going back to school does not have to be complicated, and it does not mean time away from your role as a parent or military spouse. The key is to do your research and take your time when picking the right program and school for you. And whatever you do, make sure make the accredited choice! Enrolling in an accredited program at a reputable college helps ensure your MyCAA is put to good use. In fact many programs require that the school is accredited because it helps ensure that the education you receive meets the standards required by potential employers or to go on and pursue further educational opportunities.

Attending Martinsburg College made achieving my goal for a certificate in Medical Administrative Assistant a possibility! Online courses were convenient with easy access anytime and anywhere. My favorite course was Medical Office Procedures. My instructor, Kerri Wood, was very helpful and always quick to respond. Sabrina W., Medical Office »