Seven deployments, six duty stations, and two children later, I can honestly say I wouldn’t change a thing. Loving my man in uniform moved my life in a completely different direction, and has given me skills, adventures, and a kind of love I wouldn’t have experienced otherwise. 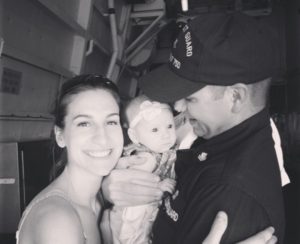 So here’s the good, the bad, and the not-so-funny of what loving someone in uniform will give you:

It probably goes without saying that the military isn’t just your spouse’s job—it’s your entire way of life. It’s adapting every few years to a new house, new neighborhood, new people, new schools, new everything. It’s learning the exact measurements that insignia go above and below and beside pockets on a uniform. Combat boots are just another pair of shoes out by your front door or in your closet. It’s knowing ranks and rates and how to address them. Military acronyms and vocabulary are just more words in your day-to-day conversations. Hearing the National Anthem every morning, or jets flying overhead, is routine. It’s converting military time to normal time. And holding down the fort as they have to come and go simply becomes old hat after a while. You become tougher and smarter without really realizing it. Bottom line: you pretty much become an unsung badass. And with this lifestyle comes a community. A strong community, both individually and as a whole. We used to live off-base; but, now that we live on-base, I FEEL that community, obviously, so much more. I don’t feel like the only one going at it by myself. When I walk through the Commissary and I see a Mom wearing a baby in a carrier on her front, with two kids in the cart, and two more trailing behind her—like clearly, there is not enough coffee for this situation—I can touch her shoulder as we pass and tell her, “you’re doing great,” and it’s not weird, because I get it. She gets that I get it. And I get that she gets it. I’ve been helped several times by Parking Lot Good Samaritans as I’m trying to offload groceries into the back of my car, and the kids are crying because they’re just over it, and the wind is blowing the cart around, and I’m just trying to hold it together by myself because my husband’s still gone. I’ve had men and women help me with the groceries, take the cart back for me, and tell me I’m doing a great job. Why? Because they get it. All of us loving someone in uniform understand exactly what each other is going through, because we’re going through it, too.

Loving someone in uniform comes with a strong commitment from them. And with that commitment comes security. These are not people afraid of committing long-term; they signed onto their job for YEARS. They committed to their job, and they committed to you.
You have security with both of those.

Knowing the one you love is in harm’s way, far away, or simply just away for a while, and not being able to do a single thing about it… all you may have sometimes is whatever they show on the news, and that’ll be enough to freak you out on a regular day, let alone with a loved one that’s gone. You want to take care of them, and you can’t. You want to talk with them, and you can’t. What’s going on where they are? What are they having to deal with? Are they scared? Are they cold? What are they thinking? What are they doing? ARE THEY OKAY? Loving someone in uniform kicks your anxieties up 10 notches, simply because of the nature of their job. Spousal worries don’t usually include foreign military activity, unknown locations, gunnery and other weaponry, night operations, or secret missions. Until now.

If you were not previously gifted with the patience of a saint, you will be. Well, you won’t be gifted it—you’ll earn it. You’ll flat out earn that bad boy. And you’ll earn it through a lot of early mornings, late nights, good-byes, tears, and changes of plans. But St. Augustine once said, “Patience is the companion of wisdom,” and George-Louis de Buffon once said, “Genius is nothing but a great aptitude for patience.” So, there you go! As much as how you’ll gain the saintly patience sucks, you get to become a wise genius in the process! Hooray! *confetti*

What exactly is “that” feeling? The one you feel every time he comes home? Every time you finally get to be in his arms after pulling together for so long through any means possible? “That” feeling you get seeing him coming toward you in his uniform? Well, love isn’t quite the word—I mean, you don’t love a uniform… And it’s more than just excitement… Excitement doesn’t do it justice. What exactly is “that” feeling?
I’ll tell you what it is. It’s pride.
And it’s not just any pride. It’s a certain kind of pride you only experience loving someone in uniform, because of everything their uniform symbolizes. It’s pride in experiencing something both apart and together at the same time, and coming out stronger. It’s pride in what they went to conquer, whether you can know about it or not. It’s pride in knowing they are strong enough to answer the call placed on them, but weak in their knees the minute they are back in your arms. It’s pride in who they are as a person.

Loving someone in uniform comes with hardship, but it also comes with so much heart.

You see, loving someone in uniform comes with hardship, but it also comes with so much heart. Not just anyone volunteers to do the “rough stuff” in this world. Not just anyone signs their name on a dotted line to fight for the greater good. Not just anyone can shoulder the demands of Devotion to Duty. Not just anyone can look their own worry and fear square in the face and override it in service to others. I understand every rule has exceptions; but in spite of the few exceptions, all of our men and women in uniform are men and women you want to stand by, because they’ll be the ones standing by you and for you when no one else is. When it’s hard. When it’s confusing. When it’s sad. When it’s dangerous. Fighters. Protectors. Team-Players. Healers. Givers. Savers. 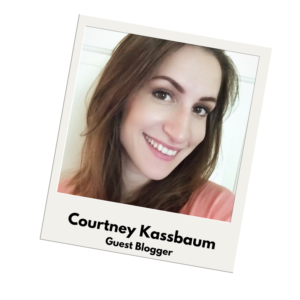 Cierra is a graduate of our Business Administration program. Here is what she had to say about her experience: My favorite aspect of attending Martinsburg was that everything was done online. Aside from the initial phone calls, all communication was done via email, and all my classes were online. This was perfect for me, and it was the reason I chose Martinsburg to begin with. I think my favorite course was Software Applications 1. I learned so much about all the Microsoft software products, »