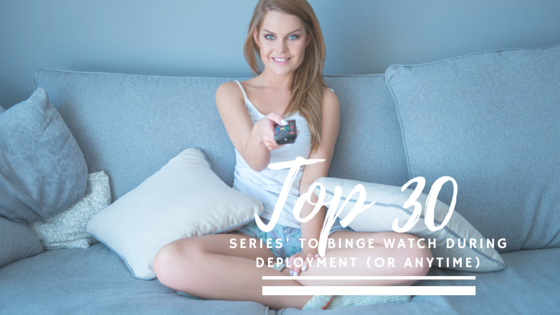 We all understand those nights we dread having to go to bed alone… so instead we stay awake until the sun begins to rise, burning our eyes into the TV and getting lost in a series. Sometimes we may be home alone and just need something to help us forget. Here are the top rated series’ to get lost in:

Desperate Housewives. (180 episodes) This is by far my favorite series! A suburban community full of families, couples, divorcees, and new neighbors–all get lost in the drama of life changing events and keeping up with the charade that everything is just fine. This series has me on edge after every episode, waiting to see what’s next. It is so easy to become engulfed that I can forget about having an empty house, or waking up the next day without my hubby by my side. I can live vicariously through the characters and imagine the date nights I will get to go on in a few months.

Grey’s Anatomy. (255 episodes) This is a medical drama series that starts with the main characters as interns and follows their early careers. Elizabeth, currently stationed in Hawaii and going through deployment now, said she loves this series because it has good balance between the medical aspects of the show, and the personal lives of the characters “It totally wraps you in and helps you forget about deployment!”

The Office. (201 episodes) This comedy mimics the setting in a typical office but is related to any work place or even friendship circle! With the quirky personalities of the employees and their shenanigans, there is never a dull moment. Sativa is stationed with her sailor in Virginia and is OBSESSED with this series. “It is SO FUNNY. Nothing else needs to be said about it.” Taking a peek at this series should have you laughing until your stomach hurts.

Once Upon A Time. (102 episodes) This  spin-off of our classic Disney stories brings a modern and real life twist! “Whether you are a Disney fan or love classical fairytale stories, after the first few episodes they have you hooked. From trying to figure out what exciting thing will happen next or being entertained by all the characters and stories all put together in one show, you will want to watch episode after episode!! Definitely surprised by how obsessed I am with this show!” said Emily who is stationed in North Carolina.

Here are some more top picks for binge watching:

With this list, if even for a moment, we are able to forget about the days we have left until we are re-united with our love! Sometimes the best way to spend a Saturday night during deployment is sitting on the couch, wearing your spouse’s t-shirt, and eating popcorn by the TV. 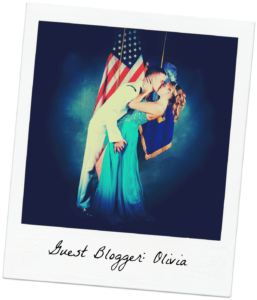 My favorite part about Martinsburg College was that it was very flexible around my schedule and I didn’t have to take any unnecessary courses. My favorite course was Pharmacy Basics. It covered a lot of information in one section and was very interesting to learn about. My favorite thing about the program was that it was easy to navigate and it had many resources available to me (i.e. the library). I did the majority of my studying while living in Germany and my instructors were quick to »